Since conventional AI technologies were not suitable for our purposes, we decided to start from scratch and develop our own technology. It was important for us to overcome the following limitations:

These were the reasons why we have created a completely new AI-technology which is the first Artificial General Intelligence (AGI) in the world.  This has paid off, because we have created a system that has the following advantages:

An ANN must be trained using training data to work properly. The training data is used, for each artificial neuron, to find the “correct” weights that should be applied to the input signals such that the ANN gives correct results.

Result: The entire effort is very tedious: data must be available in a certain quantity and must be prepared in a complex way so that it can be processed at all. This also means that there is no flexibility to quickly run tests with other data. In addition, the entire process is a real energy guzzler: enormous hardware resources have to be used to keep the process running. 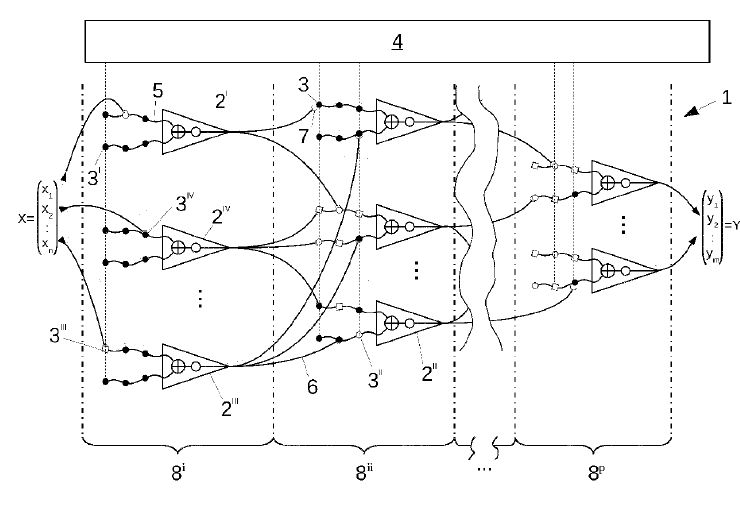 In QNNs the weights of the artificial neurons are not “corrected” independently from each other but in such a way that they show features best called “entangled”, i.e. a correction of one of the entangled weights changes all of the other entangled ways.

Result: QNNs have a variety of advantages compared to conventional ANNs:

And the highlight: QNNs can also be adapted to run on quantum computers!

For those who want to know exactly how QNNs are working:
https://data.epo.org/publication-server/document?iDocId=6688580&iFormat=2

Our contribution to sustainability:

Because we built a new technology from scratch, we were able to make sure we built the most sustainable AGI possible from the start. We have achieved this through the following three aspects:

Our biggest innovation is what we call machine thinking. For the first time, it is possible for an AI to generate independent ideas and to react to untrained content. To accomplish this, we took the human brain as role model because it has an astonishing ability to deal with complex information in real-time.

For many years, research in Artificial Intelligence has tried to mimic that ability with results that begin to transform our everyday life. It is now possible for an Artificial Neuronal Network (ANN) to recognize objects and persons in a live video stream paving the way to autonomous driving. For this to be possible, the different parameters of the ANN must be finetuned which is done by supervised training, i.e., a supervisor provides the ANN with training data and checks whether the ANN provides correct results.

To the researcher’s astonishment, tasks that seem very easy to a person are quite difficult for an ANN. For example, imagine a logistic distribution center where packages of different shape and size must be reliably recognized and sorted, even if they have been damaged in transport and do no longer have nice geometric shapes. No problem for a person but next to impossible for an ANN without extensive supervised training.

Xephor Solutions has succeeded in creating an Artificial General Intelligence (AGI) system which can successfully perform any intellectual task which a human being can do after minimal supervised training so that it can be viewed as an Artificial Brain.

Astonishingly, by organizing the neuronal columns into larger work units using concepts from the mathematical field of category theory, XephorSolutions’ Artificial Brain is able to learn in an unsupervised way. Coming back to the logistic distribution center given as an example above, once a work unit of neuronal columns has been trained to recognize a box-shaped package irrespective of size, color and transportation damages, other neuronal columns which represent the categorical concept of a “functor”[1] send these results to a different work unit which is supposed to recognize packages of irregular shape so that this work unit does not need separate supervised training.

This leads to a thinking circuit[2]: 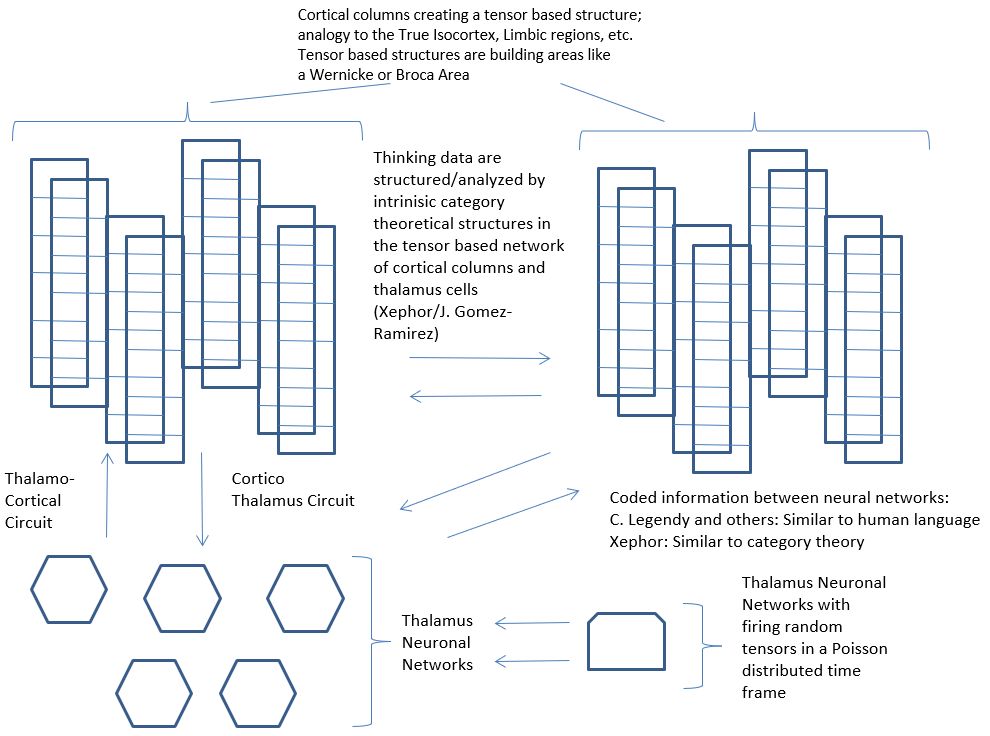 Once this classification is done, output data are given in the desired form (e.g., chart, graph, number series, natural language). The machine thinking model affects the nature of learning: As new content is learned the AGI uses reasoning to try to make and understand connections from the information in the sentence. In the process, this content is compared to previously learned data. This is especially important for learning from context, as it allows the system to constantly check what knowledge is already available on a given topic and what conclusions can be drawn from it. This means that new and existing content is

placed in meaningful contexts. Information should have a similar structure in order to be defined as meaningful. This allows the AGI to interpret new content.

Which advantages does this circuit of thinking provide?

You want to get to know more about the most advanced AGI worldwide – just connect with us here!

We use cookies to ensure that we give you the best experience on our website. If you continue to use this site we will assume that you are happy with it.Ok